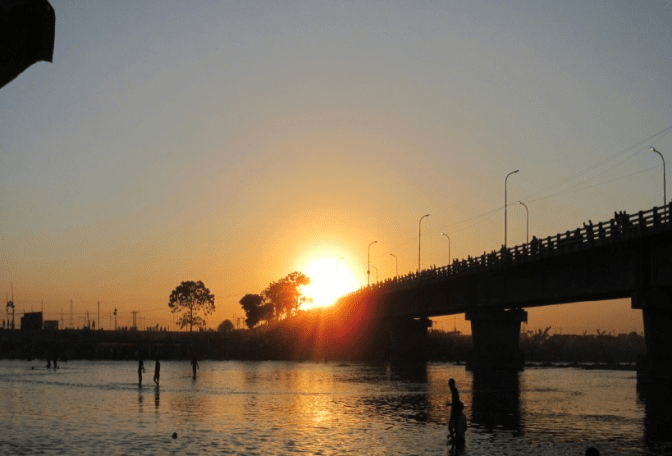 India, a land of festivals and its festivals have a very close affinity with nature. Chhath Puja is one of those festivals. It is celebrated after one week of Diwali actually a riverside ritual. The festival is dedicated to The Sun and Chhathi Maiya (Mother Shashti or Usha). The devotees offer their gratitude to the Sun God (Surya) along with the Goddesses Usha (first rays of the morning) and Pratyusha (last rays of the evening) because it is believed that the Sun is a prime source of energy that sustains all lives on the earth. During Chhath Puja, Chhathi Maiya is invoked to bless us with the divine realization which helps us to overcome all the troubles in the world- such a blessing will help us to achieve Moksha and Liberation.

It is called Chhath because it is celebrated on the sixth day of the month of Kartika, which falls typically in the month of October or November. It is also celebrated during the summer (March-April), some days after Holi, known as Chaiti Chhath. This Hindu Vedic festival specifically celebrate in the Indian State of Bihar, Jharkhand, Odisha, Uttar Prades, and West Bengal, with that the practice has also been marked in the Madhesh region of Nepal. It assumes a joyous and colourful form as people dress up in their best clothes and gather by the riverbanks to celebrate Chhath. The day of the festival, devotees and puja committees decorate the riverbanks with marigold flowers, banana leaves, and trees. Many devotees take a holy dip at dawn before preparing the ritual offerings or Prasad which mainly comprise ‘Thekua’, a hard and crude but tasty wheat based cake usually cooked on traditional earthen ovens called ‘chulhas’. The divine offerings are placed on circular trays woven out of bamboo strips called ‘dala’ or ‘soop’. Women adorn new clothes, light lamps and sing devotional folk songs to honour ‘ Chhath Maiya’. Once a family member starts performing Chhath Puja, it is their compulsory duty to perform it every year and to pass it on to the upcoming generations. The festival is skipped only if there happens to be a death in the family that year. If the person stops performing the ritual, it stops permanently and one cannot resume it again.

Rituals and Traditions of Chhath Pooja:

It is a four-day festival, usually, celebrate four days after Diwali. The rituals are taking the holy bath, fasting, standing and worshipping the Sun for a long time because in Hinduism Sun worship is supposed to cure  varieties of diseases, besides ensuring the longevity and prosperity of family, friends, and elders and offering Prasad and Arghya to ‘Rising and Setting of Lord Surya ( the Sun )’.

Nahay-Khay (First Day): Nahay Khay means bath and eat. On the first day, the devotees observing fast (Vrata) take a bath in the Ganga or any river and they prepare their own lunch (consisting of rice, dal mixed with gourd made in pure ghee) also known as laau-bhaat, cooked on the chulha. They take a one time meal on this day.

Lohanda or Kharna (Second Day):  The second day of Chhath Puja known as Lohanda or Kharna.  Devotees keep fast for the whole day and break their fast in the evening after offering the cooked food to the rising moon. The food consists of Chapati (called Roti in Indian provinces) and Kheer (An Indian recipe where rice is prepared with sweetened milk). This is the only time when they eat and drink anything starting of the day till the last day of Chhath i.e. 36 hours from the day of Kharna.

Sandhya Arghya-evening offerings (Third Day): On this specific day devotees strictly maintain Nirjala-vrata (fast without even taking a drop of water) and prepare Prasad ‘Thekua’ in the morning and the rest of the family members engulf themselves in arranging the ‘dala’ and ‘soop’ with varieties of fruits and vegetables. On the eve of this day the Vratins (devotees observing fast) make the offering ‘Arghya’ (offerings of fruits and sweets in winnow) to the setting Sun at the riverbank. At the night on the same day, a vibrant event of Kosi is celebrated by lighting the lamps of clay, diyas under the covering of five sugarcane sticks which indicates the Panchatattva (earth, water, air, fire, and space) and singing the folk songs of Chhath Puja.

Usha Arghya-morning offerings (Fourth day): The fourth and the final day known as ‘Paran’( breaking of the fast) the devotees along with their family and friends, go to the riverbank before the sunrise around 4:30 A.M. in order to make the offerings (Arghya) to the rising sun.

Thus, the festival ends with the breaking of the fast with the Vratins by having Chhath Prasad. 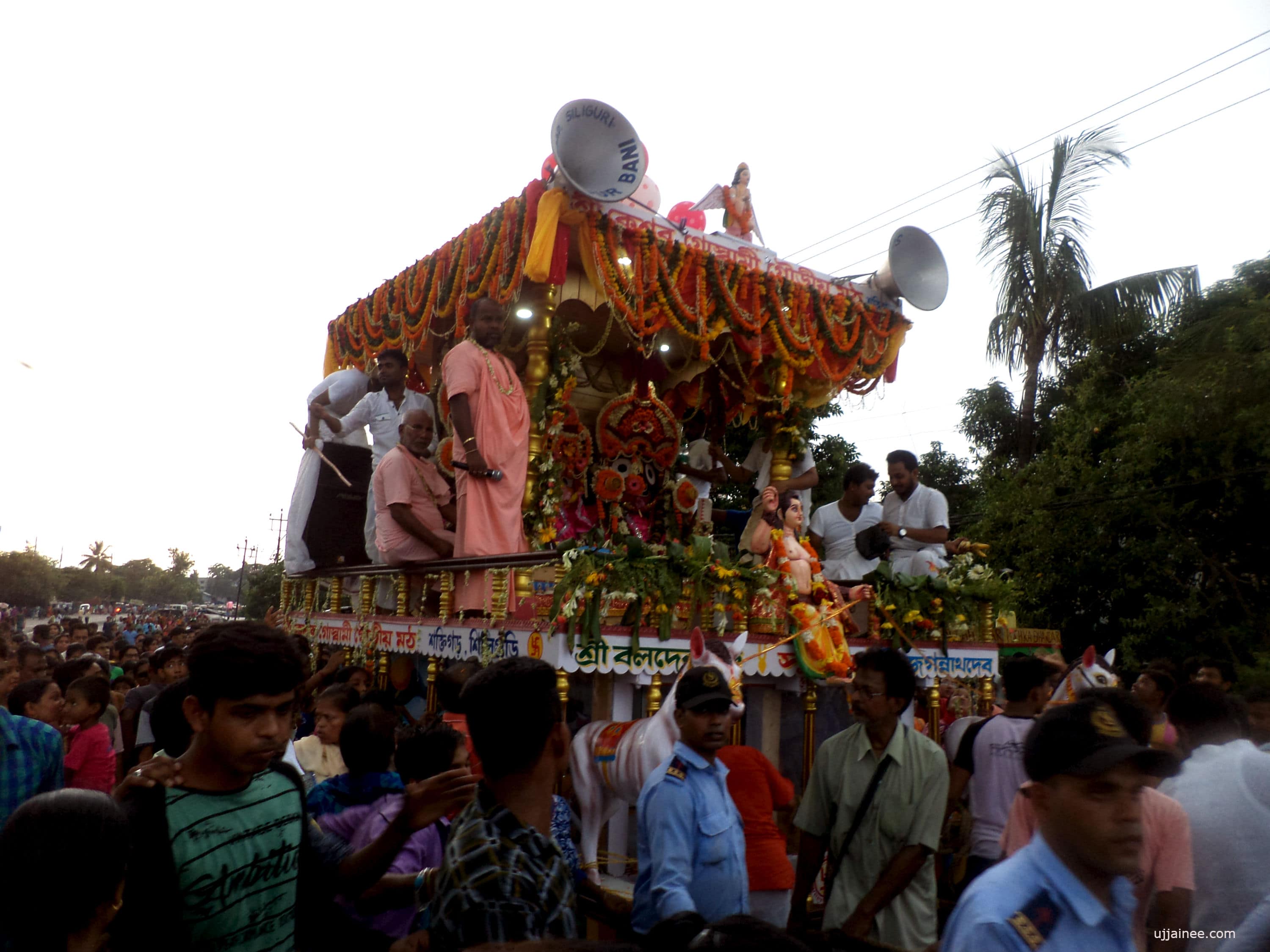 Things to know About Chariot Festival in India 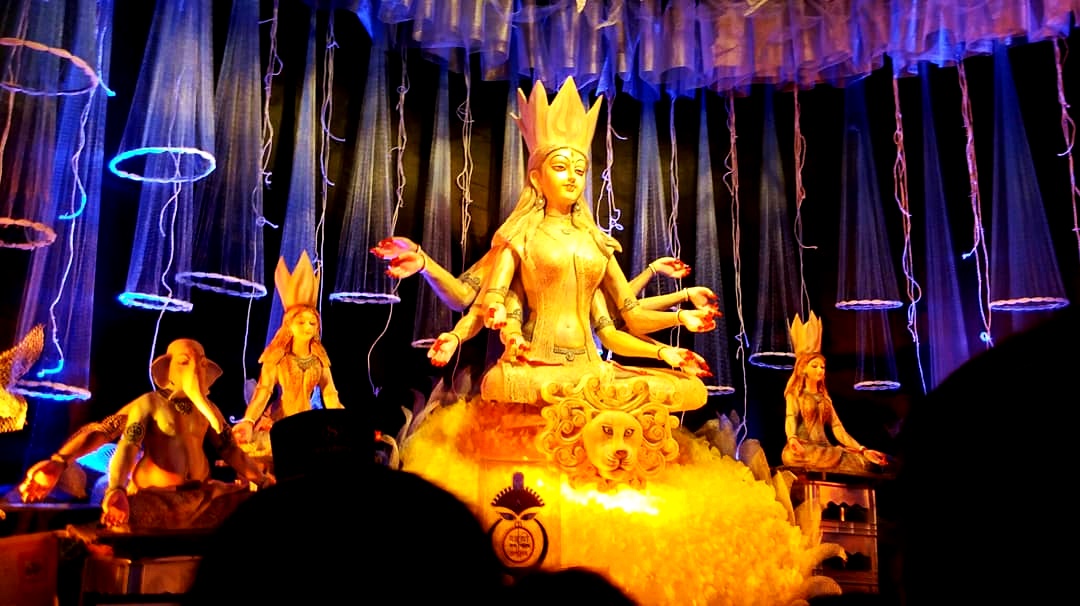 Durga Puja Now and Then